← more from
Comedy Minus One

by The Karl Hendricks Trio 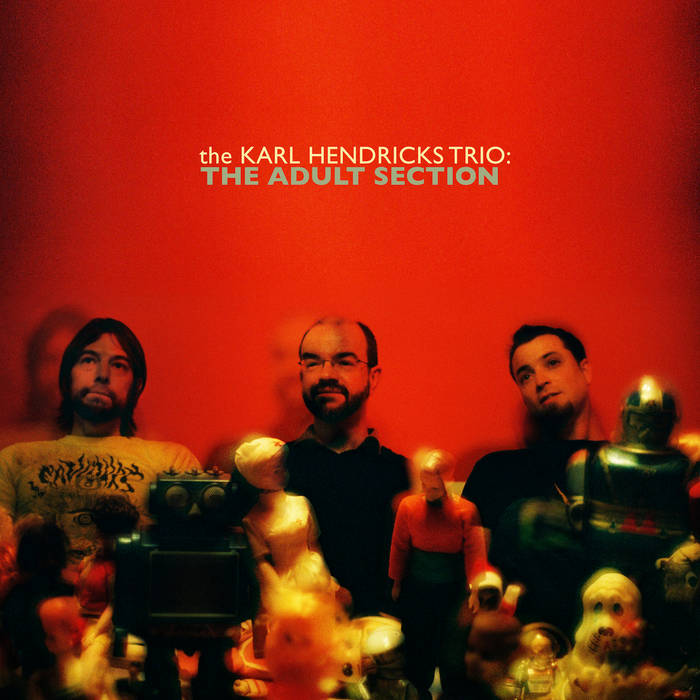 The Karl Hendricks Trio is a Pittsburgh rock institution. Having released nine full-lengths and six singles of uncompromising, emotionally charged, very loud rock over the course of twenty years, it’s probably safe to call them an American rock institution as well.

The one constant has been, of course, Karl himself.

The Trio debuted on record with 1992’s Buick Electra, released on Karl’s own Peas Kor label. From the mid ‘90s to the early 2000s the trio released several albums on Merge Records, and in 2007, Hendricks self-released the one and only Karl Hendricks Rock Band album, The World Says, on his Surplus Anxiety imprint.

The band’s current line-up consists of Karl, drummer Jake Leger (who has been with the band since 2001), and bassist Corey Laman (who joined in 2005). Comedy Minus One’s release of The Adult Section in 2012 officially marks the end of the Karl Hendricks Rock Band Mark II and the return of the stripped-down Trio line-up.

Karl’s sound and his approach to songwriting have only gotten more nuanced and thoughtful with age. Musically, the Trio remains rooted in a muscular yet melodic sound built on a massive wall of guitars, and a bass and drum assault that powers things forward as much as it anchors them down. It’s a straightforward aesthetic but it has allowed Karl’s guitar playing to develop into a more sprawling and heroic version of the spirited six-string blasts of his youth. As a lyricist, Hendricks has progressed from a writer that was at once brutally honest and endearingly confessional, though always equipped with a fair dose of wit and humor, to a more complex and empathetic observer of the nasty, mundane business of living.

Recorded with Matt Schor at his Pittsburgh studio, the War Room, in the winter of 2011/2012, The Adult Section presents a rock band twenty years into a career honing in on what makes it tick. There’s a bit of departure here from Hendricks's more ragged-glory affinities in favor of a dialed-in approach to the Trio’s classic sound. There are no album-closing ten-minute-plus epics, and while the running times are hardly Spartan, there’s a brisk, focused attack to these songs that points to a revitalized unit. Karl's certainly picked up insight into life through the years, but this doesn't mean that life has become any less maddening or that beer still doesn’t have a medicinal purpose. In fact, The Adult Section hints at an even darker and more complicated world than the one that held unobtainable cigarette smoking babes from Pittsburgh two decades ago. Rather than rail against this new world, Hendricks is content to take it apart, examine it, and put it back together, with a “good grief” poeticism uniquely his own.

The story goes that the Trio’s original rhythm section of Tim Parker and Tom Hoffman suggested that Karl choose such an unassuming handle to distinguish the band from other groups with more typical monikers, but the band's name really couldn’t be more appropriate. Every drunken fool, frustrated wallflower, confused dad, and lost cat that Karl sings of are figures in a hefty collection of comitragic guitar-rock short stories of which Hendricks is the sole author. Those characters’ drudgery, their heartache, and their occasional glimpses of a redemption, they’re all Karl’s goddamn fault. But thanks to that band name there will never be any question of whom to blame.

Limited to 500 copies. Vinyl lp comes with a compact disc for the sake of your convenience.

"Among the best albums of the year to date." - Clicky Clicky Music Blog

"Do yourself a favor and pick up this amazing record." - Reckless Records

"Joins 2003's 'The Jerks Win Again' and 'The World Says' as examples of how to produce thoughtful, muscular rock." - Carl Zimring

Bandcamp Daily  your guide to the world of Bandcamp

Featured sounds from Fly Lo and Ahmed Idris, plus Mother Nature hops on to drop off new project